As part of our Valentine?s Day research, we found that a fifth (19%) of 25 to 34 year olds are members of an online dating community. And the best place to be seems to be London, where almost a quarter (23%) of all adults are online daters.

80% of online daters think that cyber dating is more socially acceptable than it used to be, while almost two thirds (63%) think that it is a good way to meet a partner.

Twice as many cyber daters (39%) were likely to believe that online dating is just for people who want sex than the national average (18%). 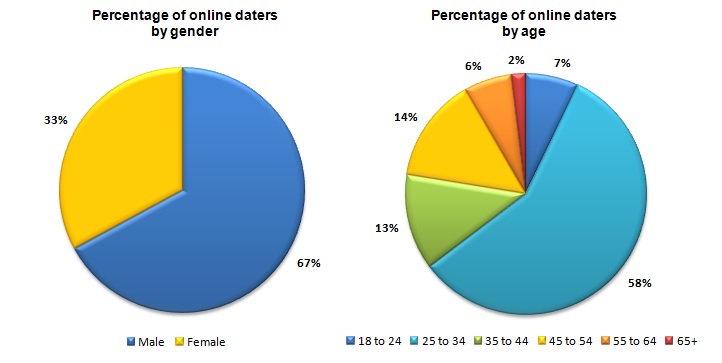 Online daters also seem to be thinking more of the long term, with 35% saying they are looking for a long-term relationship while only a fifth (20%) say they are just looking for a bit of fun.

The large number of online daters has resulted in real economic effects. The industry worldwide is now worth more than £2 billion, and it has become such a staple that the ONS now includes online dating costs as part of its inflation calculations.