Why we get tattoos

Why we get tattoos

One in four of us (23%) are sporting tattoos, according to our latest research. Roughly similar numbers of males and females have tattoos, while one in eight (13%) have more than one. 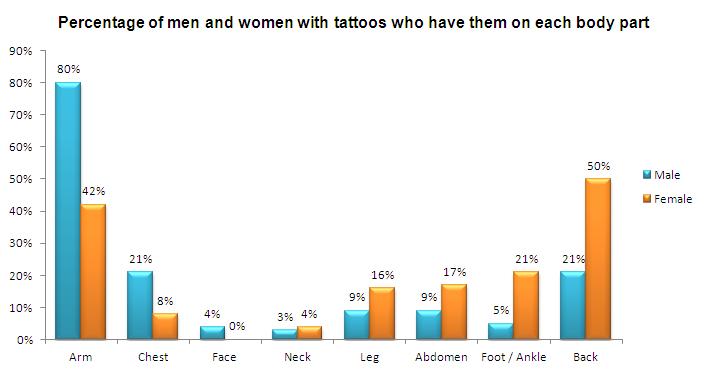 By contrast, the three quarters of the public without tattoos seemed quite unconvinced by them, with half (51%) saying that they did not have one because they are ?ugly?. A slightly less adamant third (32%) said that there was nothing they would want to get as a tattoo, while 29% said they were worried they would regret getting one in the future. Just under a quarter (23%) said the pain put them off.

Opinium Research carried out an online survey of 2,009 UK adults. Results have been weighted to nationally representative criteria. The research was conducted from 29th October to 1st November 2013.