What are the most popular countries and how old is too old to become prime minister?

This week, the Opinium / Polling Matters poll looked at which countries Britons are most favourable to and, after a week in which Jeremy Corbyn’s age became a political issue, how old or young someone should be when they become prime minister.

New Zealand and Australia are the countries people in the UK feel most favourable towards.

Spain leads the large group of countries in the middle of the pack while Russia and Iran are particularly unpopular. 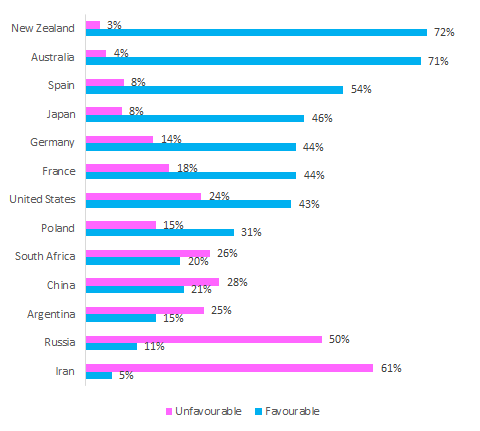 Jeremy Corbyn’s age was in the news as well with some Labour figures concerned that their leader will be too old to become prime minister at the time of the next election. Mr Corbyn is 68 at the moment and the next election is scheduled for around the time of his 73rd birthday in 2022.