We also have November’s political report with approval ratings for party leaders, the government’s performance on various issues and what voters think of the current economic situation. 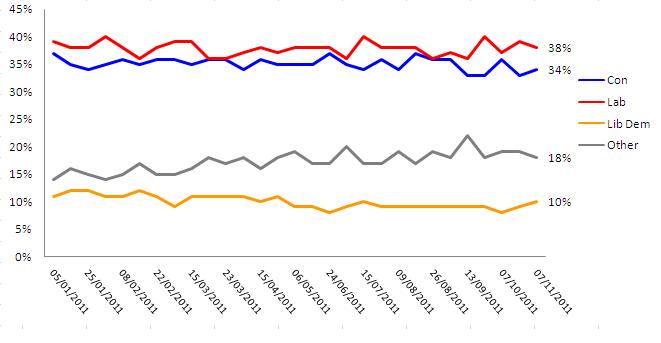 Opinium Research carried out an online survey of 1,962 GB adults aged 18+ from 4th to 7th November 2011. Results have been weighted to nationally representative criteria.