Labour hold on to their 7 point lead while David Cameron’s approval dips and the Lib Dems and UKIP swap places again with the yellows dipping to 4th place and the purples climbing to 3rd.

With voters punishing both coalition parties in the local elections and the UK officially having entered a double dip recession, likely voters still don’t really trust Labour on the economy: 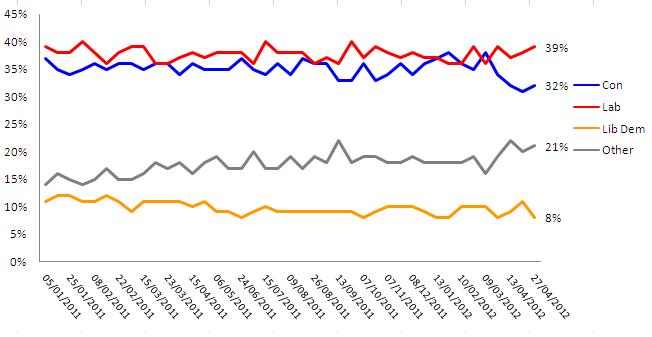 Opinium Research carried out an online survey of 1,769 GB adults aged 18+ from 27th to 30th April 2012. Results have been weighted to nationally representative criteria.