Labour have increased their lead to 11 percentage points with 41% as the Tories drop to 30%. David Cameron’s job approval ratings continue to suffer and on net approval (those who approve minus those who disapprove) he has dropped below Labour leader Ed Miliband for the first time. 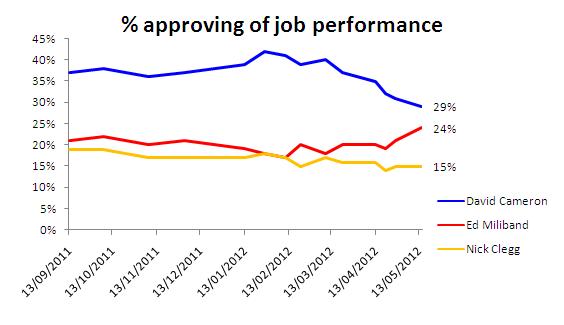 Opinium Research carried out an online survey of 1,957 GB adults aged 18+ from 15th to 17th May 2012. Results have been weighted to nationally representative criteria.