?The bear and the hare? advert was the most recognised, as more than half (52%) said they could remember seeing it. The other most seen adverts were Argos?s ?Gift for Santa? (47%) and Marks & Spencer?s ?Christmas fairytale? (46%), which were well ahead of Morrison?s ?Go on… it’s Christmas? advert which only a third had seen (32%).

John Lewis’s top spot is in no doubt helped by the 8.5 million views racked up on YouTube, which is three times larger than the combined YouTube views of all of the other adverts listed (2.8 million views). 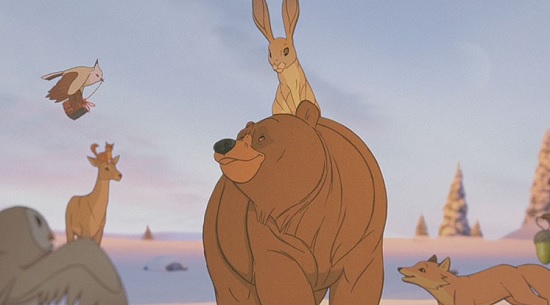 Out of those who can remember seeing any yuletide adverts, John Lewis appears to be the nation?s most loved, with 35% saying it was their favourite. The ‘hare and bear effect’ has been credited with helping drive sales sky high, with £101 million takings in the week after release. Not only was this 10.7% up on 2012, but it is also the earliest in the year that John Lewis has broken through the £100m weekly sales barrier.

In a distant second place, one in six (16%) said M&S?s ?Christmas fairytale? was their favourite. Once again, women seemed to be getting far more into the Christmas spirit than men, with 17% of women saying none of the adverts they?d seen were their favourites, compared to 26% of men.

The lead is even clearer if you examine respondents? favourites by the particular adverts they?ve watched. More than half (54%) of those who have seen John Lewis?s Christmas advert say it was their favourite, with 29% who had seen ?Christmas fairytale? saying it was theirs.

Sainsbury?s ?Christmas in a day? did very well on this measure, with one in four (25%) who?d seen it saying it was their favourite, but suffered generally due to fewer people having seen it (29%) than other market leaders.

Opinium Research carried out an online survey of 2,001 UK adults. Results have been weighted to nationally representative criteria. The research was conducted from 19th to 21st November 2013.