Some 7,000 adults in seven western EU countries polled between 29 June and 10 July 2015 were also largely unimpressed by Europe?s approach to its other big headache, the migrant crisis.

In a breakdown of the survey results, 67% of respondents condemned the EU?s handling of the rise of Islamic State as bad, while only 5% thought this has been handled well. Italians were the most likely to rate this as bad (75%), followed by France (71%).

The EU fared almost as badly for its handling of the Greek debt crisis, with 62% of survey participants critical, as opposed to 12% who were positive.

Italians were the harshest, with 76% saying the EU dealt badly with the Greek debt crisis. By contrast, 17% of Germans gave the EU a positive rating as against 56% who were critical. The Dutch were similarly divided, with 19% favourable and 53% unimpressed. 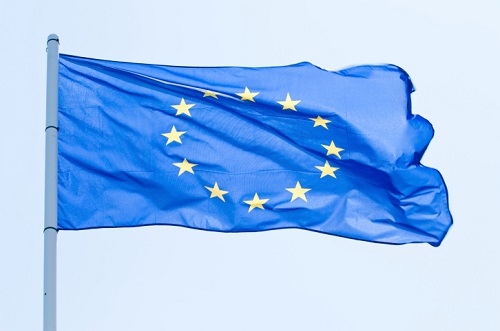 On migration, 60% said the EU has mishandled the arrival of refugees from Libya, against just 8% who were positive. Italians were almost twice as likely as Germans to be critical, at 84% versus 48% respectively.

Equally, 83% of Italians think it is unfair that they have to process all of the migrants coming from North Africa. A majority of all other countries surveyed agreed, although the UK was the least sympathetic with 55% believing this to be unfair and 13% thinking it is fair.

Showing how relatively hardline the UK?s stance is, 41% of British adults think refugees from North Africa who reach their country should be returned to Italy. Whereas other respondents from outside Italy broadly disagreed with this approach.

However, most of the respondents did agree that Italy is within its rights to prevent ships from offloading anymore refugees at its ports, with those aged 55+ most likely to agree with this and those aged 18-34 least likely (59% vs. 49% respectively).

Brexit and repatriation of powers

On another hot topic for Europeans, the poll showed divided opinions on the EU?s handling of the UK referendum on membership of the bloc. While 35% of respondents think the EU has dealt with this badly, a mere 15% were positive.

The southern EU states were the most likely to believe that EU countries should continue to progress towards ?ever closer union?, with 56% of Spanish, 54% of Portuguese, and 47% of Italians backing this.

However, 47% of British and 42% of Dutch adults said that “EU integration has gone too far and EU countries need to repatriate powers”.

Opinium Research carried out an online survey of 7,017 adults aged 18+ from the UK, France, Germany, Netherlands, Italy, Spain, and Portugal between the 29th June to 10th July 2015.