After a poorly received budget, controversies over taxes on grannies and pasties and a retro, “90’s style” cash for access scandal, the Conservatives’ ratings have dropped along with David Cameron’s job approval score. 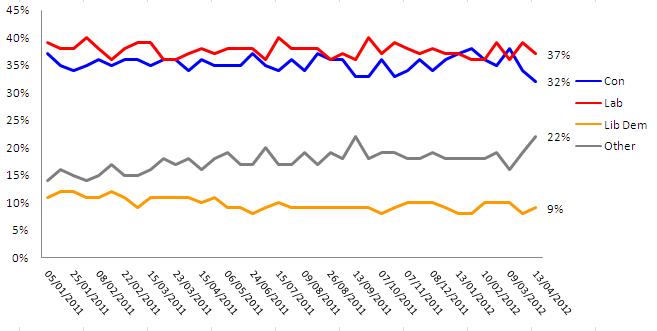 Opinium Research carried out an online survey of 1,957 GB adults aged 18+ from 13th to 16th April 2012. Results have been weighted to nationally representative criteria.