As our topline voting intent figures show, any post-conference bounce for Labour or any other party has disappeared as the state of the parties is near identical to how it was before the conference season.

74% of respondents said David Cameron is either quite likely or very likely to be Conservative leader in 12 months? time, 51% said Ed Miliband will still be Labour leader and 46% said Nick Clegg will still lead the Lib Dems 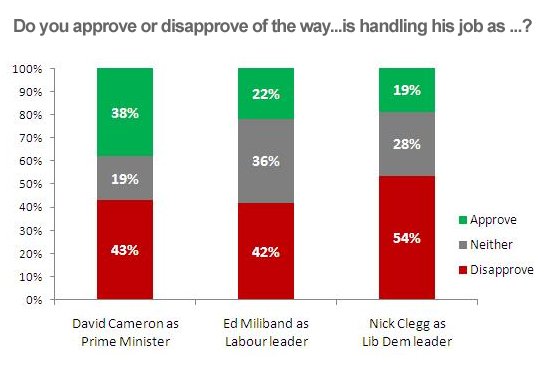 Opinium Research carried out an online survey of 1,962 GB adults aged 18+ from 7th to 10th October 2011. Results have been weighted to nationally representative criteria.