On the 2nd of April, the day of the debate, social media did have some clear messages about how the party leaders performed. In particular, the social sentiment for Nicola Sturgeon went into clear positive territory as her performance made waves on Twitter and other social media sites.

However, there is little sign that this went on to change the picture drastically over the weekend. Despite the reaction on the Thursday, no leader (even Sturgeon) has received an usually high number of positive mentions since the debate.. 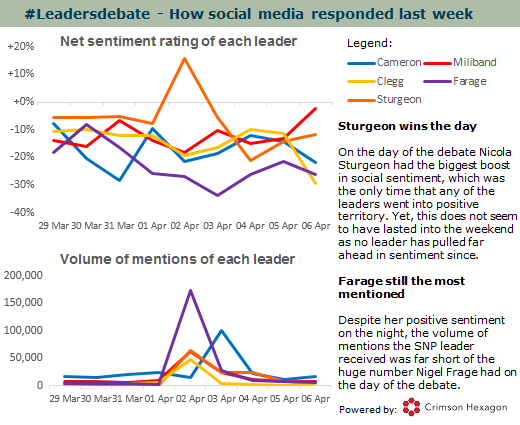