Labour have an 11 point lead with 41% to 30% for the Conservatives. This is up ever so slightly on the 9 point lead Labour had in our last survey while the Liberal Democrats are just behind UKIP on 9% and 10% respectively. Although the two contenders for third party have switched places frequently in polling over the last few months, this is now the fifth survey in a row to show UKIP either level with or ahead of the Lib Dems.

This week, with the US Presidential Election approaching, we asked respondents which result would be best in terms of the impact on the UK. 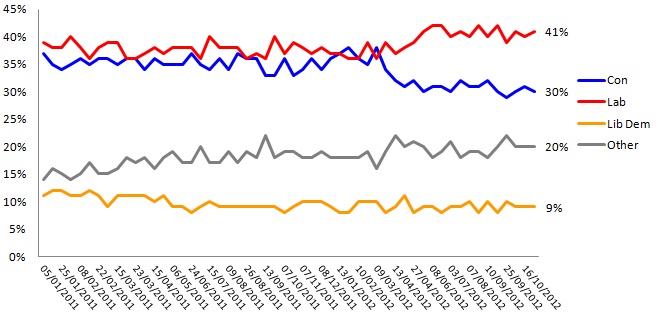 Opinium Research carried out an online survey of 1,966 GB adults aged 18+ from 31st October to 1st November 2012. Results have been weighted to nationally representative criteria.