The Conservative poll lead continues to drop, this time by a further four points, with the party now 6 points ahead of Labour, down from 19 at the start of the campaign.

UKIP remains in fourth place on 5% (unchanged), with the Lib Dems slip slightly on 6% (down 1 point).

Theresa May?s approval ratings have continued to drop from last week (down from +11% to +6%), while Jeremy Corbyn?s hold relatively steady on -12%. 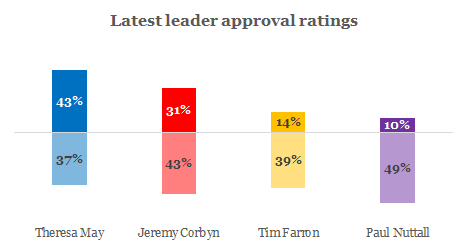 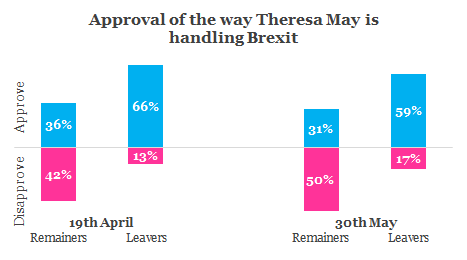 At the beginning of the campaign Remainers were divided about the way Theresa May was handling the Brexit process, but now they are on balance disapproving (50% disapprove vs 31% approve).