The Conservatives are on 46% (down 1 point from last week), while Labour remains steady on 30%.

Theresa May?s net rating continues to steadily decline as the number that disapprove of her leadership increase. Her net approval rating now stands at +13% (46% approve vs 33% approve), down from +17% last week. 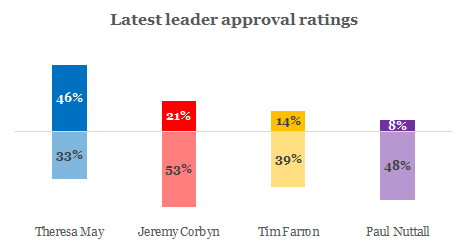