The Lib Dems have lost some voters to Labour leaving the on 5%, while UKIP has gained some voters back from the Conservatives to put them on 5%. 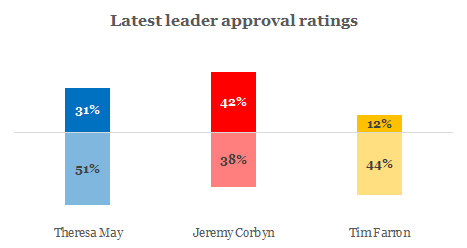 A fifth (20%) of 2017 Conservative voters currently disapprove of the way Theresa May is handling her job.