The Conservative poll lead has dropped even further, this time by three points. The Tories are now 10 points ahead of Labour, down from 19 at the start of the campaign.

UKIP remains in fourth place on 5% (unchanged), with the Lib Dems in third place on 7% (down 1 point). 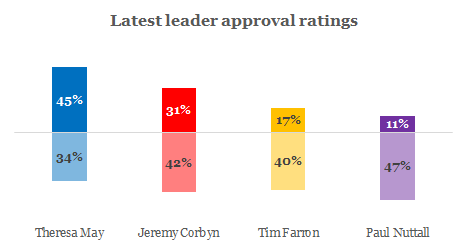 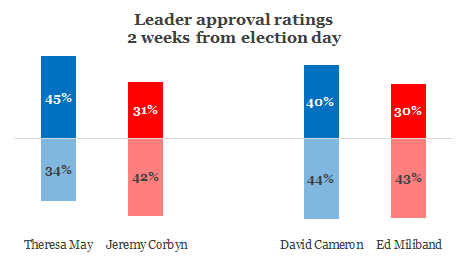 Despite the declining gap between Theresa May and Jeremy Corbyn,†the gap is larger than the equivalent gap between David Cameron and Ed Miliband at a similar stage in the campaign.†