The Conservatives have a 6 point lead over Labour in our latest voting intention poll. 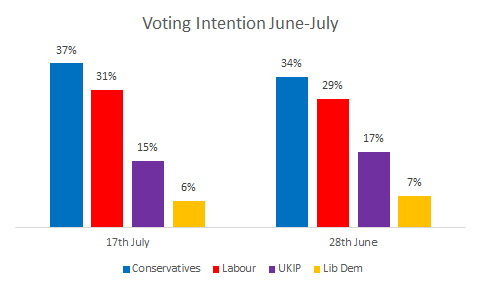 Compared to before the referendum, this represents a slight improvement for the two main parties at the expense of UKIP and the Lib Dems with Theresa May’s political ‘honeymoon’ as a new prime minister mainly becoming apparent when we compare the leaders of the two main parties: 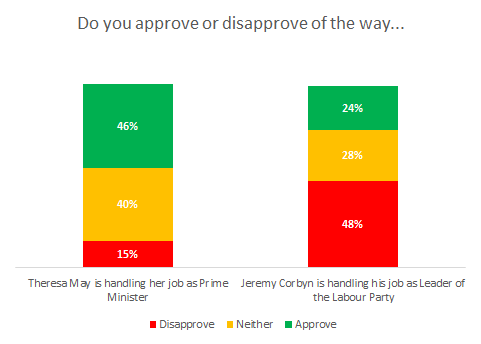 Theresa May’s net approval rating (total approve minus total disapprove) is +31% compared to -24% for Labour leader Jeremy Corbyn.Mrs May also has a commanding lead when respondents are asked who they think would be the best Prime Minister: 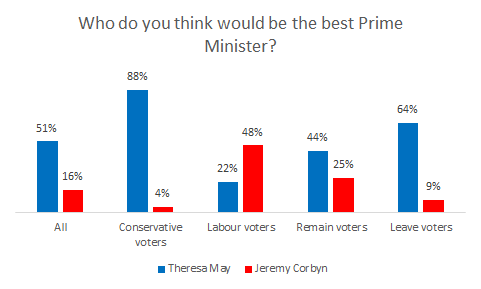