Tories†retain large lead, although it drops to 9 points over Labour in latest voting intention poll 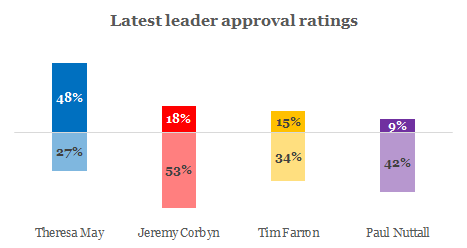