UK: Public backlash against 1% pay rise for the nurses 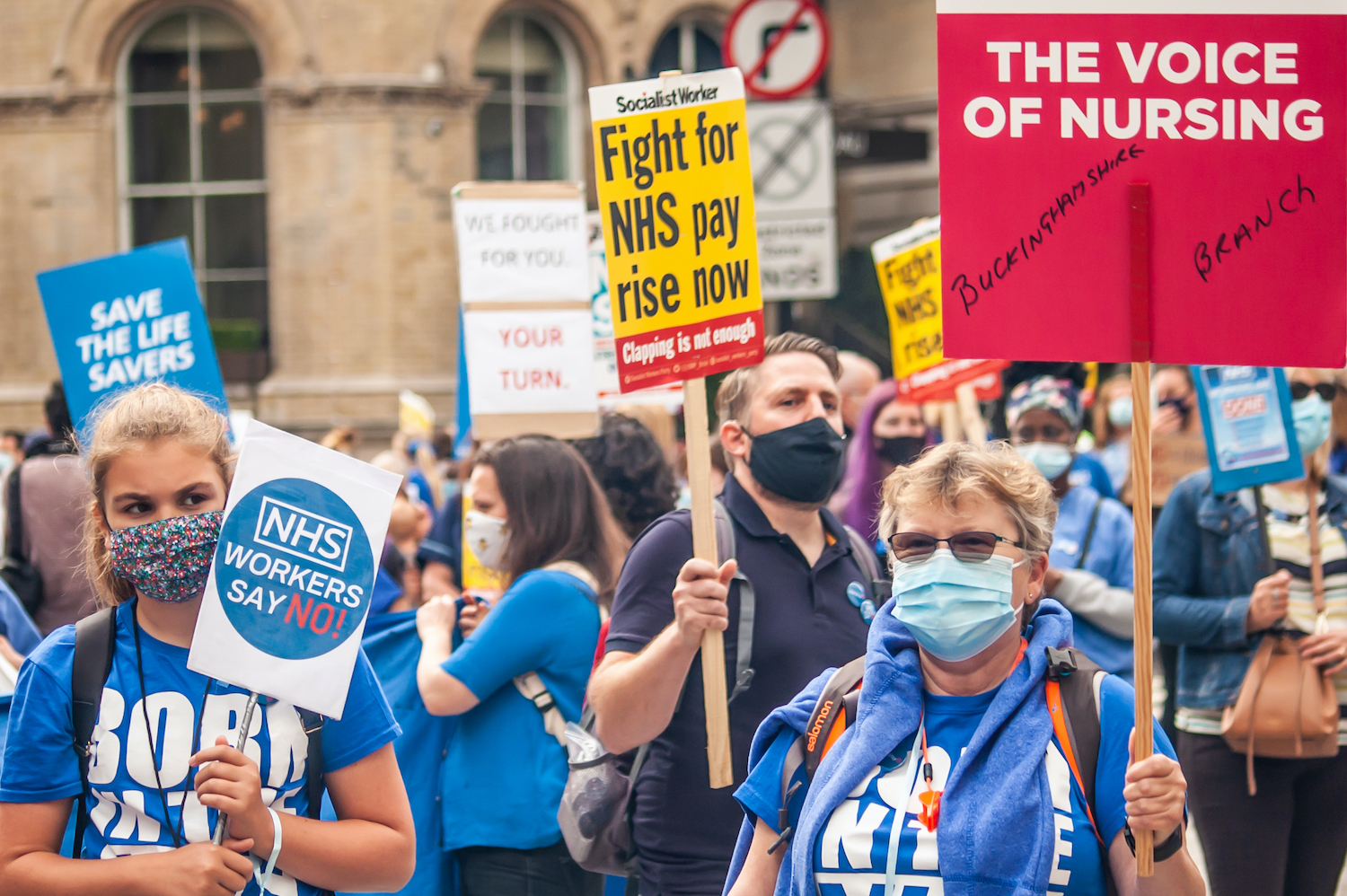 More than seven in ten (72%) UK adults think that the 1% pay rise is too low, according to the latest research from Opinium. Even among Conservative voters, a majority (58%) think the bump is too low. As a point of comparison, that 72% is higher than the number of people who thought the Cummings trip was justified (68%) or who thought he should have resigned (68%).

Firstly, increasing salaries for the NHS staff comes 2nd highest when we ask people what things they think should be the top priorities for government spending. 40% selected it, the only thing it came behind was the more general “Improving NHS and social care services” on 61%. People thought it was more important that Combating climate change (27%), more police officers (24%), and improving schools (22%).

When asked which word most described how they feel about the suggest pay rise, the top response is “angry” on 35%. Meanwhile, 19% picked upset, 22% picked indifferent, and just 15% selected pleased or delighted. Again, even 45% of Conservative voters said they were angry or upset.

Finally, we also asked a question about strike action. A small majority (51%) said they would support nurses going on strike over the pay rise, compared to 36% who would oppose such an action. There is a political divide on this question, with Labour voters being more likely to support (76% to 13%) and Tory voters being more likely to oppose (62% to 30%). However, it is rare to see the public supporting the idea of a strike, which again illustrates the strength of opinion here.

Email political@opinium.com for more insights as the year progresses.