New Year?s resolutions are on the increase this year as one in four (27%) make a resolution for 2014, up from only one in five (19%) last year. In particular, this is driven by the younger generation, 41% of whom say they are making a resolution this year. 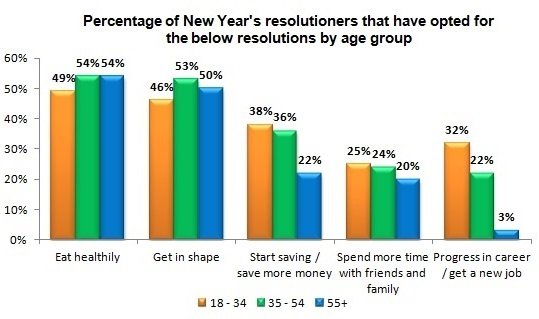 A big aim for the New Year for the younger generation appears to be career progression, as a third of (32%) 18-34 year olds put climbing the job ladder as their priority for 2014.

However, despite our ambitions and dreams for 2014, it appears that we are not always as good as our intentions. Half (48%) of those who set resolutions for 2013 said they failed to achieve them. However, this has not stopped many of them trying again in 2014, with 77% saying that their resolutions this year are the same or similar as last year.

Opinium Research carried out an online survey of 2,001 UK adults. Results have been weighted to nationally representative criteria. The research was conducted from 3rd to 6th Janaury 2014.