Following the publication of Lord Hutton’s report, leading unions including Unison threatened strike action in response to the recommendations. Currently it does not appear the majority of the British public would support these strikes, with 35% in support compared to 45% in opposition. 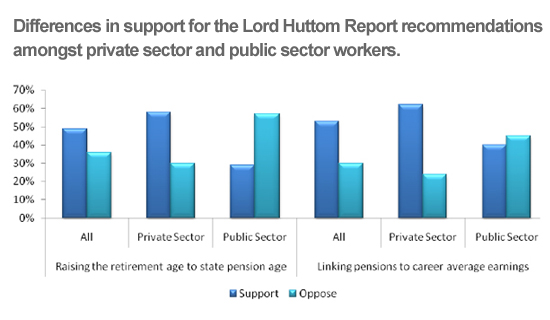 Opinium Research carried out an online survey of 2,033 UK adults aged 18+ from 10th to 11th of March 2011. Results have been weighted to nationally representative criteria.