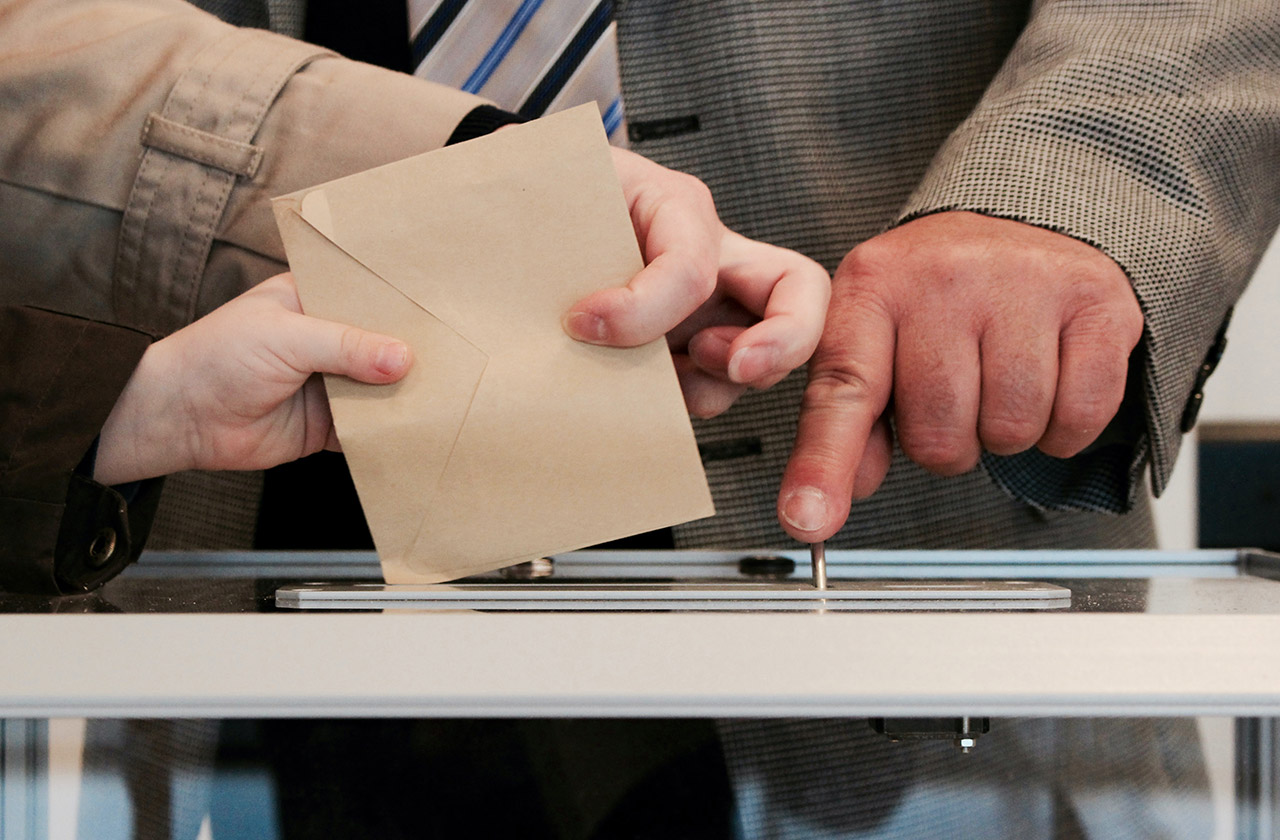 The Electoral Psychology Observatory (EPO), based at the London School of Economics and Political Science (LSE), and Insight Agency Opinium have launched a new “Election Hostility Barometer” for US electoral politics. The new barometer will track the negative feelings American people hold toward those who vote differently from them, and wider feelings about the political climate. The new Barometer first wave reveals the national mood 6 months before the election:

The Election should take place as normal

Despite current pandemic conditions and social restrictions imposed, three quarters (73%) of US adults still want the election to go ahead as planned in November. Three in five (57%) would not be happy with postponing the election until 2021, and 52% are opposed to the idea of delaying elections in states that have been severely affected by the crisis while the rest of the country votes as planned.

As for who should decide how to run November’s election, the Supreme Court is by far most trusted (+27%) followed by State electoral commissions and County clerks (both +20%). By contrast, elected politicians are seen as likely to do what is best for themselves, with the President and Congress having a net negative trust score (-4% and -5% respectively).

Frustration and insults: the spiral of electoral hostility

Many US adults harbor negative feelings towards opposite voters. Just under half (47%) admit they feel a sense of frustration, two fifths (42%) express distrust and 38% even feel disgust for those who vote for a different political party.

Many believe this hostility is increasing, with 41% perceiving a sense of ever-growing distance.

Adam Drummond, Head of Political Polling at Opinium says: “2016 was one of the nastiest elections in recent memory and Americans are gearing up for more of the same in 2020. While it’s not surprising that few trust either the president or congress to take the decisions about how the 2020 elections should adapt in light of the coronavirus pandemic, it is interesting how that level of partisan polarisation doesn’t extend to the US Supreme Court. Our poll shows that despite the last few years seeing fierce debates over the appointment of Brett Kavanaugh and the non-appointment of Merrick Garland, voters still appear to place SCOTUS in the same category as independent civil servants rather than the more overtly partisan elements of the government.”

Professor Michael Bruter, Director of the Electoral Psychology Observatory (EPO) at LSE says: “Our new book, Inside the Mind of a Voter has introduced unprecedented ways to conceive and measure electoral hostility and the perceived atmosphere of an election and we are now able to better understand how they compare across countries and elections. Most Americans now find electoral politics largely toxic and increasing numbers blame fellow citizens themselves for that and our new Hostility Barometer jointly run with Opinium will help us to see how those attitudes evolve throughout the campaign.”

Dr Sarah Harrison, Deputy Director of the EPO added, “One of the least well understood consequences of the coronavirus crisis pertains to how it affects when and how citizens want elections to happen and how they believe their lives should adapt to health, environmental, and terrorists threats they expect to be increasingly disruptive. Our Hostility Barometer provides unique insights on this which will become incredibly important to leaders for years to come.”

Read the full report below. 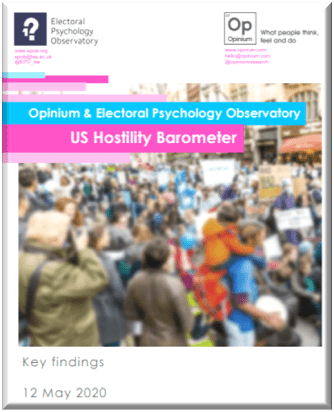 The forgotten generation: the effects of Covid-19 on young people