Labour voters are also only giving luke-warm support to Miliband 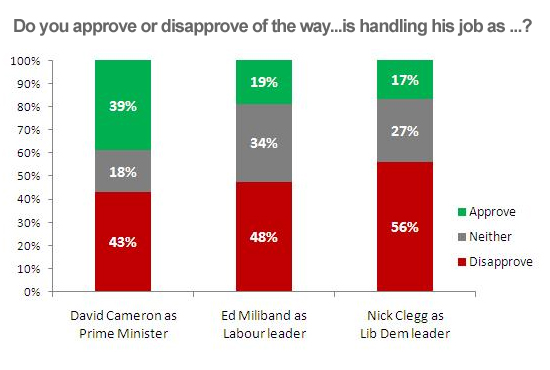