Despite the Conservatives’ national difficulties, London Mayor Boris Johnson appears to be on course for re-election this Thursday with our poll showing him beating Ken Livingstone by 43% to 37% in first preference votes and by a slightly narrower 52% to 48% when the second preferences of supporters of other candidates are allocated. 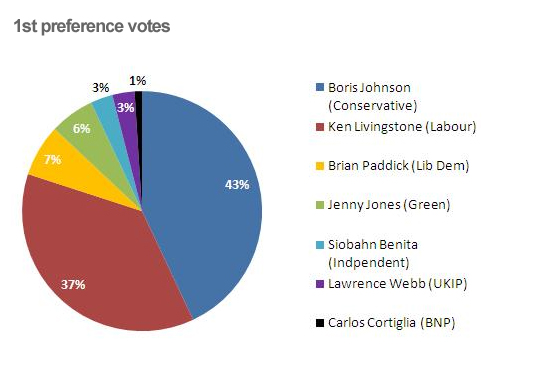 Opinium Research carried out an online survey of 1,010 London adults aged 18+ from 24th to 30th April 2012. Results have been weighted to representative criteria.