Ideally a trial but, if not, drone strike

Ideally a trial but, if not, drone strike

However, the key distinction is whether the Labour leader was saying that capture and trial of Mohammed Emwazi (otherwise known as “Jihadi John”) should be the only option or simply the ideal course of action with more aggressive actions like drone strikes being an option given the difficulties of arresting him. Particularly given that the public broadly shares the second viewpoint while only a tiny minority favour the first.When presented with a series of options for how cases like that of Emwazi should be handled, the public take a broadly realist viewpoint with the most popular option by far being that, while ideally he would be put on trial, given the difficulties of doing so the only practical option was a drone strike. 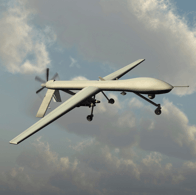 Just 26% of UK adults favour simply drone-striking suspected terrorists with no intention, even as a platonic ideal, of attempting to capture them or making them stand trial.Even less popular, just 13% believe that Emwazi should have been captured and made to stand trial despite the difficulties or risks involved in capturing him.Men were much more likely than women to prefer the “always drone strikes” option (33% to 20%) and while 18-34 year olds were almost evenly split on capture vs. kill (17% vs. 18%), those aged 55+ came down clearly in favour of drone strikes (31% to 10% for capture).Among voter groups, UKIP supporters are the only ones where “always drone strikes” was the most popular option (48% vs. 41% saying ideally a trial but drone strike most practical).Full tables available shortlyOpinium Research carried out an online survey of 2,003 UK adults from 13th to 17th November 2015. Results have been weighted to nationally representative criteria.