The figure is particularly low in London, where only one in three (31%) would describe themselves as English, and at variance with the other English regions that have relatively higher levels of identification as English. 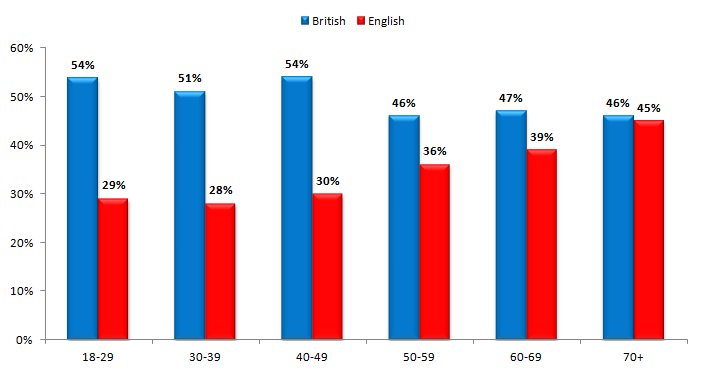 England also seems to have a far lower self-identification than the other constituent countries of the UK. 53% in Wales think of themselves as Welsh while two thirds (64%) in Scotland think of themselves as Scottish. However, Northern Ireland was lower, with only two in five (40%) describing themselves in Northern Irish, although this did not automatically translate into a higher identification as British (at only 36%).

Opinium Research carried out an online survey of 2,002 UK adults. Results have been weighted to nationally representative criteria. The research was conducted from 1st to 4th October 2013.