Computer problems in the office

Confidence in PowerPoint and Excel

When in doubt, restart! 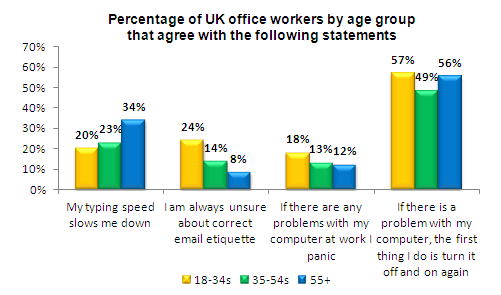 A quarter of office workers agree that their typing speed slows them down, while one in six (15%) say they are always unsure about correct email etiquette, rising to a quarter (24%) of younger workers. 27% said that they did not know how to set up a conference call with external contacts.