In our poll of 2,000 UK adults, we discovered the connection between Brits and technology that is stronger than some might have imagined.

When we asked respondents to rank their modern day essentials, having internet or wifi came out as the top modern day necessity, coming ahead of having a bath / shower or having a washing machine! In the list of top 6 essentials included a television, a laptop or tablet computer, and a mobile phone or smart phone.

Behind all of these technological must-haves, more delectable staples of British life such as tea, coffee and even chocolate were all considered noticeably less essential.

When we asked UK adults how long they could deal with being deprived of some of these essentials, one in eight said they could go for longer without food than they could without checking a social media website. The set of priorities for some might sound extraordinary, with just under half (48%) saying they would rather give up seeing their loved ones than stop using the internet.

Read more about the research in this article from the Independent. 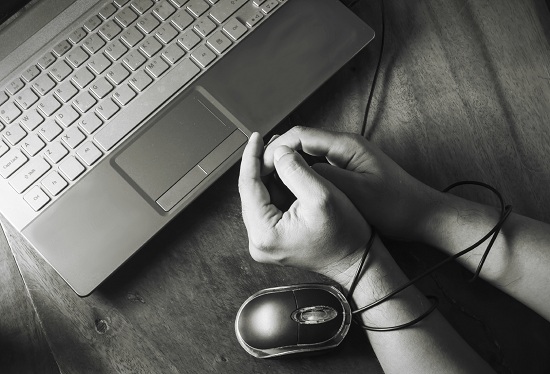 Opinium Research carried out an online survey of 2,003 UK adults aged 18+ from 3rd to 6th October 2014. Results have been weighted to nationally representative criteria.