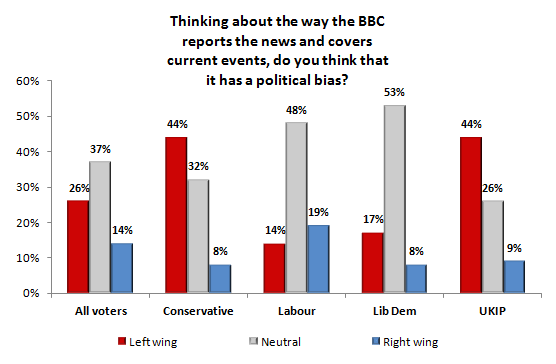 However, when asked whether the BBC tailors its news coverage to suit the wishes of the government (whether directly or indirectly), 48% believe it is not influenced while 33% think it is.

Voters put a premium on impartial reporting with 75% telling us that “the BBC needs to always stand up to pressure from governments and political parties” and 60% believe that the BBC’s reporting is “generally accurate and trustworthy”.

Opinium Research carried out an online survey of 1,957 UK adults aged 18+ of whom 1,675 were likely voters. Results have been weighted to nationally representative criteria and the research was conducted between the 29th of October and the 1st of November 2013.