However, the problem for the Conservatives is that a sizeable number of the mentions about their policies were negative in nature, with may criticizing the Tory campaign throughout the week, while the personal attack on Miliband seems more of a distraction than anything. 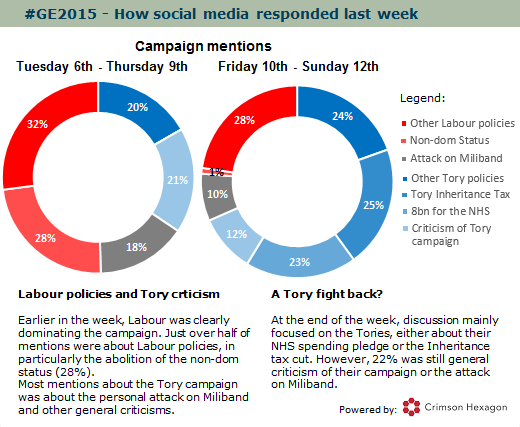