In the first full week since nominations closed, Opinium’s latest polling shows the Conservatives have taken 47% of the vote now the Brexit Party is standing in only a minority of seats, their largest vote share since the last election.

The Conservatives? lead by 19 points*. Labour is on at 28% in comparison, whilst the Liberal Democrats hit a recent low of 12%.

*In this latest polling Opinium have accounted for the release of nominations in each seat, so that respondents now only see the parties that are standing in their seat when answering who they will vote for. 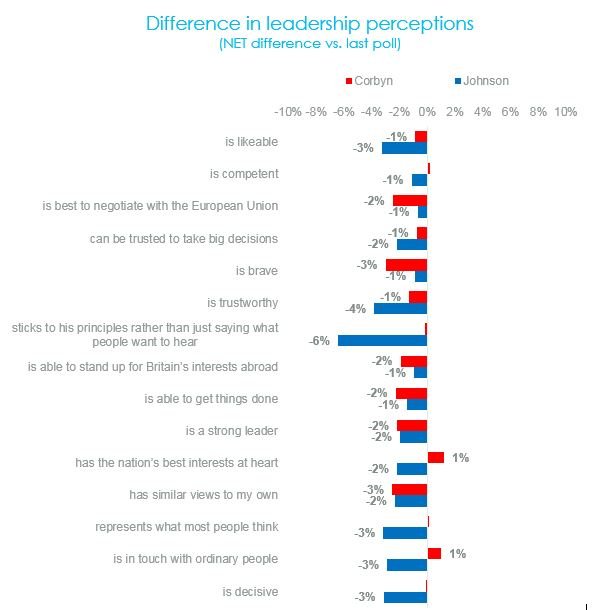 You can read our full report here.