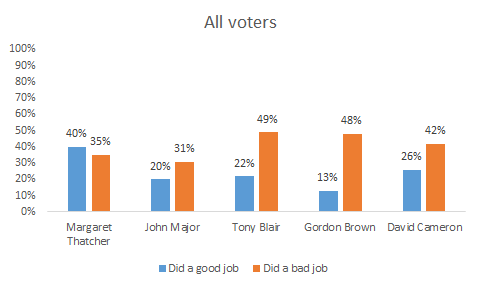 †Part of the reason for this lies in the fact that, while Conservative voters are generally supportive of their former leaders, Labour voters are much less positive about theirs.

Among Conservative voters, Margaret Thatcher gets near universal admiration while John Major’s reputation is more mixed. David Cameron sits between the two with a more clearly positive reputation but not as universally positive as Thatchers: 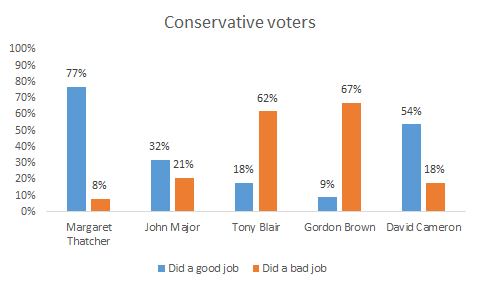 Among Labour voters however,†views of Tony Blair and Gordon Brown can most charitably be described as “too close to call”, even if their views of former Tory prime ministers is more negative: 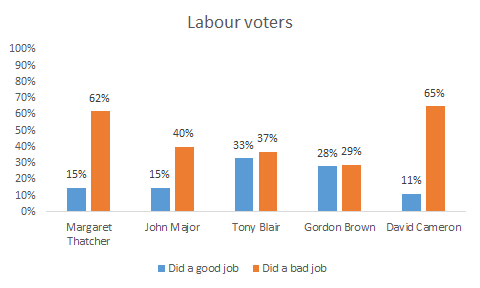 That said, while current Conservative voters are†naturally quite similar to the block of Conservative voters who re-elected David Cameron†back in 2015, it seems safe to say that†people who say they will vote for the Labour party under Jeremy Corbyn are probably quite different to those who voted for Labour during Tony Blair’s three election victories.†