Despite the worldwide breakdown in Blackberry services last week, 55% of Blackberry users would still recommend one to a friend or family member.

Service problems
76% of Blackberry users have experienced problems in the last week with the most common being:

Likelihood to recommend
In spite of this 55% say they would still recommend a Blackberry to a friend of family member with 19% being Very Likely. 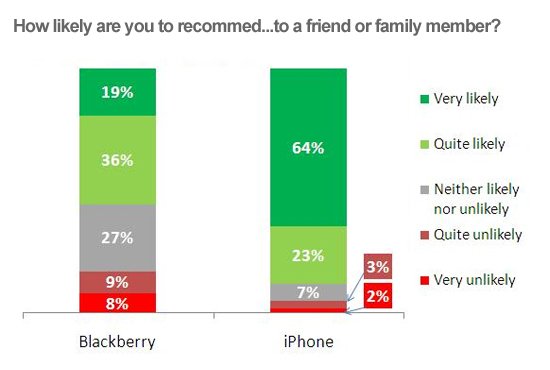 Opinium Research carried out an online survey of 2,020 UK adults aged 18+ from 14th to 17th October 2011.
Of these, 212 were Blackberry users and 263 were iPhone users. Results have been weighted to nationally representative criteria.