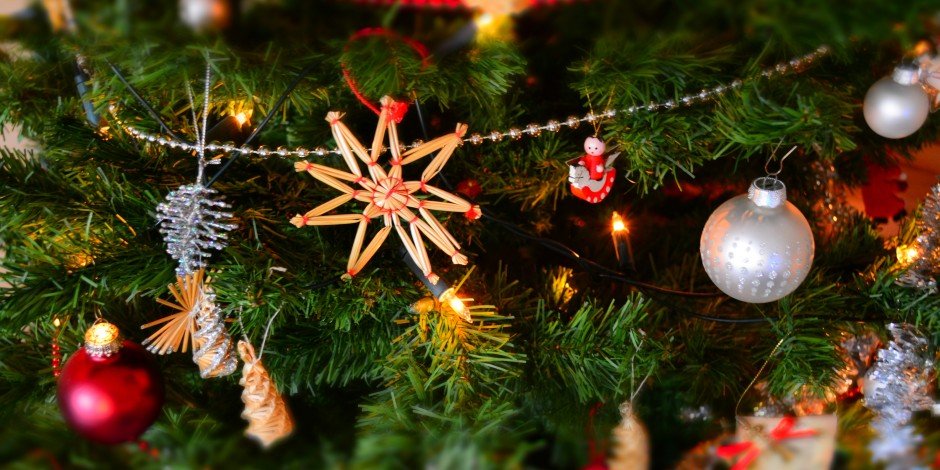 Sadly the festive season is over. As we drag ourselves back to our desks googling when the next bank holiday will be, we asked one of the most basic questions of all: how much time did Britain’s office workers get off?

Our results suggest that the Christmas exodus started on the Thursday (20th) before Christmas. Slowly at first, with the proportion of office workers in the office dropping from the usual figure of around three quarters to two thirds (67%). By the Friday only 58% were in the office.

Christmas week was a write off for many offices. Approximately a third of office workers reported that their office was shut on the non-bank holidays between Christmas Eve and New Year’s Eve. A further three in ten were simply on annual leave. Discounting those working at home, just less than three in ten of Britain’s office workers were actually turning up to work that week. 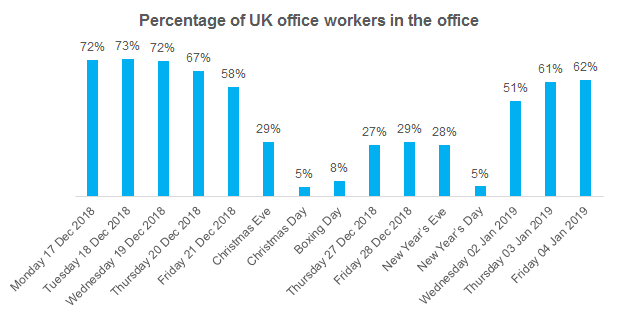 A slow return to work

In case anyone was surprised to see the roads and trains busy this morning, we found that the short working week commencing on the 2nd January was most definitely the calm before the storm.

Barely half (51%) of us were at work on Wednesday 2nd January, rising slowly to around three in five of us (61%) by Friday. With a significant chunk of those we would usually expect to be present still on leave, many offices might have had some residual holiday feeling in the first few days back that is probably lacking by now.

Flexible working in London less applicable during the holiday season

The unusual patterns in London are worth mentioning. In regular circumstances, London office workers are less likely than the average to actually be in the office on any given day. Mainly due to the higher proportion working from home.

However, during the festive week London’s white collar workers were more likely to be at their desk than the average. Something that was especially true actually on the bank holidays, where offices throughout most of the rest of the country’s offices almost completely shut down.

It’s an interesting snapshot into our capital city; businesses with more progressive working practices that ultimately still require some level of activity on almost every day of the year. The lesson here is you might be free to work from home the rest of the year, but that flexibility comes with the condition that when everyone else is enjoying time out of the office some essential B2B and B2C services must carry on.