Theresa May still the most trusted leader

When compared to Jeremy Corbyn, voters place greater trust in Theresa May to negotiate Britain?s exit strategy from the European Union, while also†placing†more faith†in her to keep the UK safe from the threat of terrorism.

Over two fifths (43%) of†voters†place more trust in May to negotiate Britain?s withdrawal from the EU, compared to just over a quarter (26%) who hold greater trust in Corbyn. 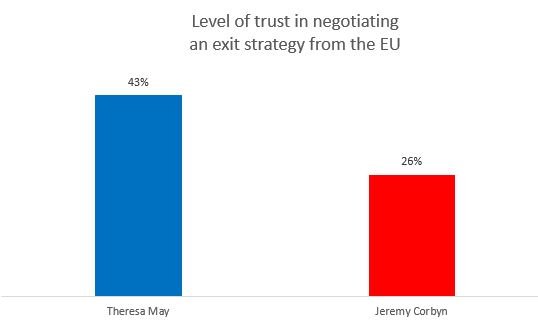 Similarly, 43% have more faith in May to combat the threat posed by terrorism, compared to 24% who deem Corbyn to be more trustworthy. 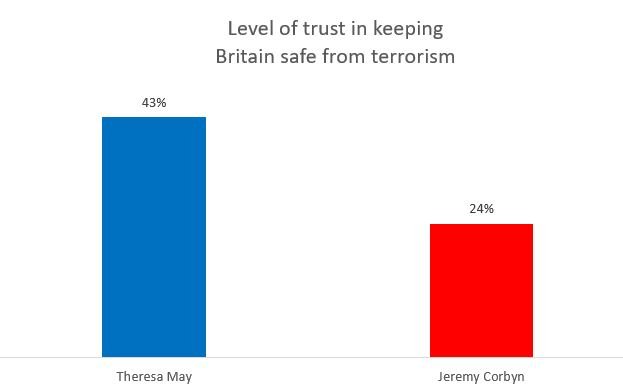 Voters expect Theresa May to continue as Prime Minister after the 8th of June, with over three fifths (61%) anticipating that the Conservatives will win the General Election, compared to 18% who predict that Labour will triumph. 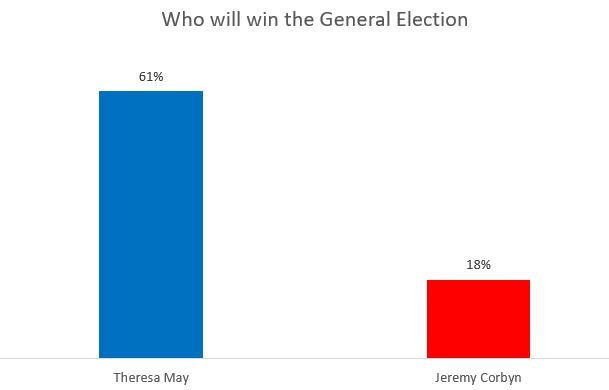