The Conservative poll lead has dropped again, this time by two points, with the party now 13 points ahead of Labour.

Theresa May retains a positive net approval rating of +17%, with Jeremy Corbyn on net -18%. 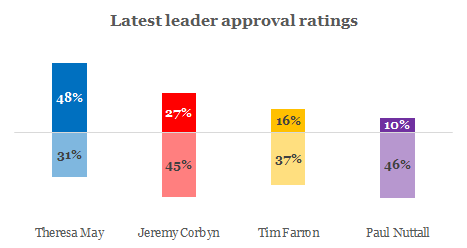 This is the first time since Theresa May became prime minister that more selected Jeremy Corbyn as the best PM rather than select ?neither? (22% vs 21% respectively).